I often encounter a common question on measuring soil organic matter (SOM) while discussing regenerative agriculture. It’s followed by another query on the relationship between soil organic carbon (SOC) and SOM. let me try to clarify such confusion in this article.

Soil organic matter contains plant and animal tissues at different stages of decomposition. It comprises carbon, hydrogen, oxygen and small amounts of nitrogen, phosphorus, potassium and other elements. Depending on how old the organic matter is it is categorized into passive and active types. Passive SOM consists of materials that are several decades old while residues in active SOM are few years old. 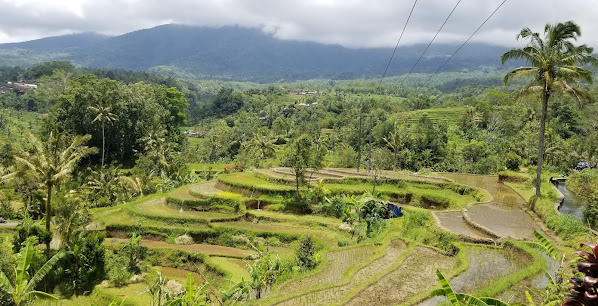 Soils with high organic matter offer several benefits for farmers and ranchers like,

Soil Organic Carbon (SOC) plays a vital role in sequestering carbon dioxide from the atmosphere and addressing the climate crisis.  Farm management that facilitates building soil organic carbon in agricultural and pastoral lands over a period helps to significantly reduce atmospheric carbon dioxide. It's important to know how to measure SOC and estimate SOM, without measurement it would be difficult to identify the gaps for scientifically improving farm management.

Let me discuss how to measure SOC and estimate SOM in a hectare of farmland.

Let’s presume SOC is 2.5% of a farm. SOM is calculated as follows;

In this example the soil organic matter is 4.3%.

The SOM (%) can be converted into weight for a given depth and area. It helps to estimate organic matter in tons per hectare of soil. From the soil analysis data, bulk density and soil organic carbon values are required for estimation. The calculation is simple.

Estimating SOM every year or at least once every 2 years to assess the management practices adopted in the farm is vital in regenerative agriculture. It helps to course correct some of the practices that are contributing to the loss of soil organic matter from farms and ranches. Soil organic matter is the lifeline of the soil, farmers need to take utmost care in preventing its loss. Growing leguminous cover crops, crop rotation, cultivating perennial forage crops, application of compost, agroforestry and silvi-pastoral systems, reduced tillage, contour planting and several regenerative agriculture practices that are appropriate to the region help in building soil organic matter and sequester carbon.