Climate Change is a hot topic in every scientific forum wherein terminologies like adaptation, mitigation have become buzzwords of late. Not much discussion happens on food choices in most of the climate change seminars and workshops. It is very important to know that food choice also contribute to climate change. Every individual has a freedom to choose food, however if we do not make conscious choice we will be doubling the trouble.  One of the biggest advantages of the present information technology era, is the availability of enormous information on a click of a mouse. Prior to choosing any food one needs to ask how, where and when that food was produced. In this blog let me focus on meat produced from industrial animal farms and its impact on climate change. 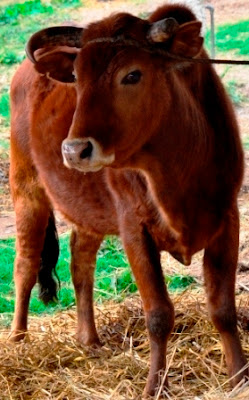 Significantly large area under agriculture is for food production which also includes animal husbandry. The industrialised animal production for meat and diary is one of the major contributors to Green House Gases (GHG) leading to climate change. Meat Industry is responsible for about 18 % of GHG emission which is about 4% more than the vehicular pollution. It is unfortunate that with the increasing income levels for a large population the meat consumption is also taking an upward trend. The average meat consumption globally is about 115 grams per day which translates into 42 kilograms per annum.

Meat production when seen in totality amidst severe cruelty to animals create a series of environmental problems which magnifies the effect of climate change. Lets examine how choosing meat in your diet will contribute to climate change.

Forests to Deserts
To meet the increasing demand for meat, more and more land is required for raising pastures and also to grow livestock feed like soybeans and corn. Consequently forests are cleared to create additional land to meet the feed needs of the livestock industry. It is a leading driver of deforestation and a significant contributor to global warming emissions. Studies reveal that nearly 60% of the agricultural land around the world is used in the production of beef, which provides less than 2% of the world's consumed calories. Shockingly, about 70-80% of the agricultural land is used by the meat industry for feeding the animals which is about 30% of the global land mass. Instead of feeding the animals, had the same land been used for food production, about one billion poor can be prevented from hunger and malnutrition. 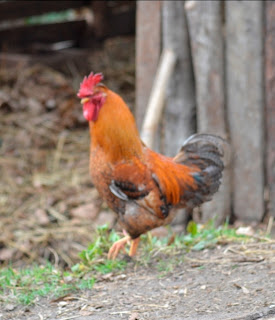 The clearing of forests or deforestation for cultivation of feed/ fodder to animals creates many problems that are interconnected. The first impact of deforestation is the loss of top soil by rain which otherwise would have been retained in the forests. Top soil is very important as it is a rich source of nutrients for the biodiversity to flourish. Without topsoil the micro-flora and micro-fauna perish which restricts the ground water from recharge. Also rainfall which happens due to the natural humidity of the forests stop and over a period of time the land becomes arid and dry transforming into a desert. The impact doesn’t stop there. The dust storms frequently occur in these arid deserts because soils are not bound with organic matter or humus which becomes amenable for dispersion during strong winds. Such storms move quite far off distances and create respiratory problems in other countries and also severely affect the coastal ecosystem. At present about 41% of the world’s land area is arid and dry which has a direct impact on about 2 billion people living in and around such arid regions.

Animal Wastes and Pollution
One should visit an industrial animal farm to understand the ground realities. Thousands of animals are stacked together in one unit which are cramped with minimal space for their natural movement. Treatment of these animals and their slaughter is a painful situation to watch. At times I wonder why humanity has lost compassion for these creatures.

In the industrial animal farms wherein thousands of animals are reared, the generation of enormous quantities of animal wastes is a major concern. It’s a challenging task to manage the burgeoning wastes which otherwise results in environmental pollution contributing to climate change. On an average, a high milk yielding cow like, Holstein Friesen generates 40-50 kilograms of manure every day which translates to about 15 -18 tons per annum. One can imagine the quantity of wastes that thousands of such animals produce. Most of times these animal wastes are diluted with water and stored in lagoons or allowed to flow into the drainage or water bodies resulting in the pollution of  both surface and ground water.

Human Diseases
There is enough research available on the direct effect of meat consumption and vulnerability to diseases like, heart diseases, colon cancer, diabetes, obesity, avian flu, blue tongue disease, Listeriosis and bacterial disease caused by E. Coli, Salmonella, Camphylobacter etc.  The recent incidence of bird flu strain H7N9 is a matter of concern which can transmit the diseases to humans. New strains of the viruses pose a great challenge to public health. This can be an indication to opt for healthier and safer vegetarian diets.

Research studies reveal that green house gas emissions (GHG) from beef ranges from 16-30 kg CO2-eq/kg compared to 0.8 kg CO2-eq/kg for wheat.   It would be startling  to know that  in terms of GHC emissions  one kilogram of beef consumption corroborates to about  150-160 kilometres of automobile usage. Meat based diets is one of the causes for hunger as large amount of food is diverted to animal feed.  In a piece of land which is used to produce one kilogram of meat about 200 kilograms of tomatoes or 160 kilograms of potatoes could be harvested in the same time span. It requires about 5 to 15 kilograms of feed in the form of soybeans, corn etc to produce one kilogram of meat. Moreover this artificial extension of the food chain and converting the grain to meat results in huge loss of nutrients; 90% protein, 99% carbohydrates, 100% fibre and others.

Vegetables and vegetarian diets are more climate efficient to produce protein than the meat based diets. The vegetarian food helps to reduce obesity, blood pressure, cholesterol, diabetes, heart diseases to a large extent in addition to conserving water, land and natural resources which otherwise is used for industrial animal production.

Food choice plays a very important factor in contributing to climate change. In the present fast developing world it would be difficult to avoid many comforts of the modern days which do contribute to GHG. However, we can take small steps one at a time and begin from food. Why not reduce consuming meat and gradually stop opting for climate inefficient foods.  Why should we make our stomachs a graveyard for the animals? An ancient Vedic proverb in India says;
“As the food so the mind
As the mind so the thoughts
As the thoughts so the actions”

All our actions are the resultant of the food that we consume. The more violently the food is produced and consumed violent thoughts and actions will only prevail. Entire humanity is suffering from hatred, anger, deceit, stress and a series of emotional disorders.  Right type of food can be a solution.  Meat based diets are the most efficient ways to waste food.

You and I can contribute positively to address climate change by making conscious food choices.

Posted by Dr.Thimmaiah at 2:26 AM 0 comments